Admit it, you probably googled Kenos Ohayou, the opening theme song of Hunter x Hunter before to relive the good times. Hearing this OST ringing in your ears long after your parents turned off the TV in the past really explains what we call LSS, or last song syndrome.

The show is as addictive as its soundtracks are, centering on Gon Freecss who left his home to follow the footsteps of his Hunter father. Hunters in the show were considered licensed elites as they possess exclusive capabilities such as tracking down secret treasures and rare beasts. Along the way, he met Kurapika, Leorio, and Killua, fellow applicants each motivated to be a Hunter too due to their personal backstories.;

Where to stream: Netflix

Yu-Gi-Oh probably launched our card-collecting hobbies with the cards various characters and spells along with each cards familiar dark hole print on the back. We would trade these cards with friends, flaunt our newly-acquired cards, and play an imaginary Duel Monsters card game ourselves.;

Where to stream: Yugioh

Hesitant at first to substitute for Rukia in eliminating Hollows, who are souls that failed to cross over the afterlife and stayed in the human world, he eventually accepted the responsibility bestowed on him while discovering friends and classmates who also possess powers of their own.;

Where to stream: Netflix

ICYMI, the first trailer of the anime adaptation of award-winning Philippine komik Trese by Budjette Tan and Kajo Baldisimo was released last May 21, 2021. Along with the trailer was the reveal of voice actors who will provide their voice in the series, following their announcement of Liza Soberano and Shay Mitchell voicing the main character, Alexandra Trese, in the Tagalog and English dubs respectively.;

With this news, fans of the popular Filipino komik were elated to see renowned Filipino voice actors lending their voices for Netflixs first Philippine anime adaptation, citing their excitement for its release date on June 11. However, some were not pleased with the Tagalog dub trailer of Trese, commenting that the voice acting was awkward and weird.

Some were also expressing their preference for other languages, most especially towards Japanese and English dubs.

Although its fine to prefer other language dubs for TV shows and anime, no one should be underestimating the Philippine voice acting industry. With the number of creative talents being recognized abroad, everyone should be supporting the local creatives industry even more now. But that isnt happening at all, now is it?

Hearing Tagalog on TV shows shouldnt be awkward; its what we hear in our daily conversations. If you think that hearing Tagalog in a Philippine-based show produced by an international company is weird, then thats on you.;

Also Check: How To Sketch An Anime Character

Why Batangas Is The Destination For Budget

Shows such as How Not to Summon a Demon Lord,My Hero Academia,Food Wars! and How Heavy are the Dumbbells You Lift?, among others, are available in the local language on POPTV.

Its curated library has titles from the biggest local producers in the country like ABS-CBN, Viva Entertainment, Regal and TBA Studios.

The streaming platform is a tailor-made service for low-cost mobile devices. Its propriety video encoding ensures minimum data usage for those who wanted to enjoy series and films in an affordable way.

Subscriptions are also conveniently available at 1,000 plus small roadside stores across the country.

One of them is RD Pawnshop which has more than 1,600 branches nationwide.

To buy a subscription, Filipinos only need to go to the nearest branch, fill up the form, settle their payment and wait for their subscription to be activated. 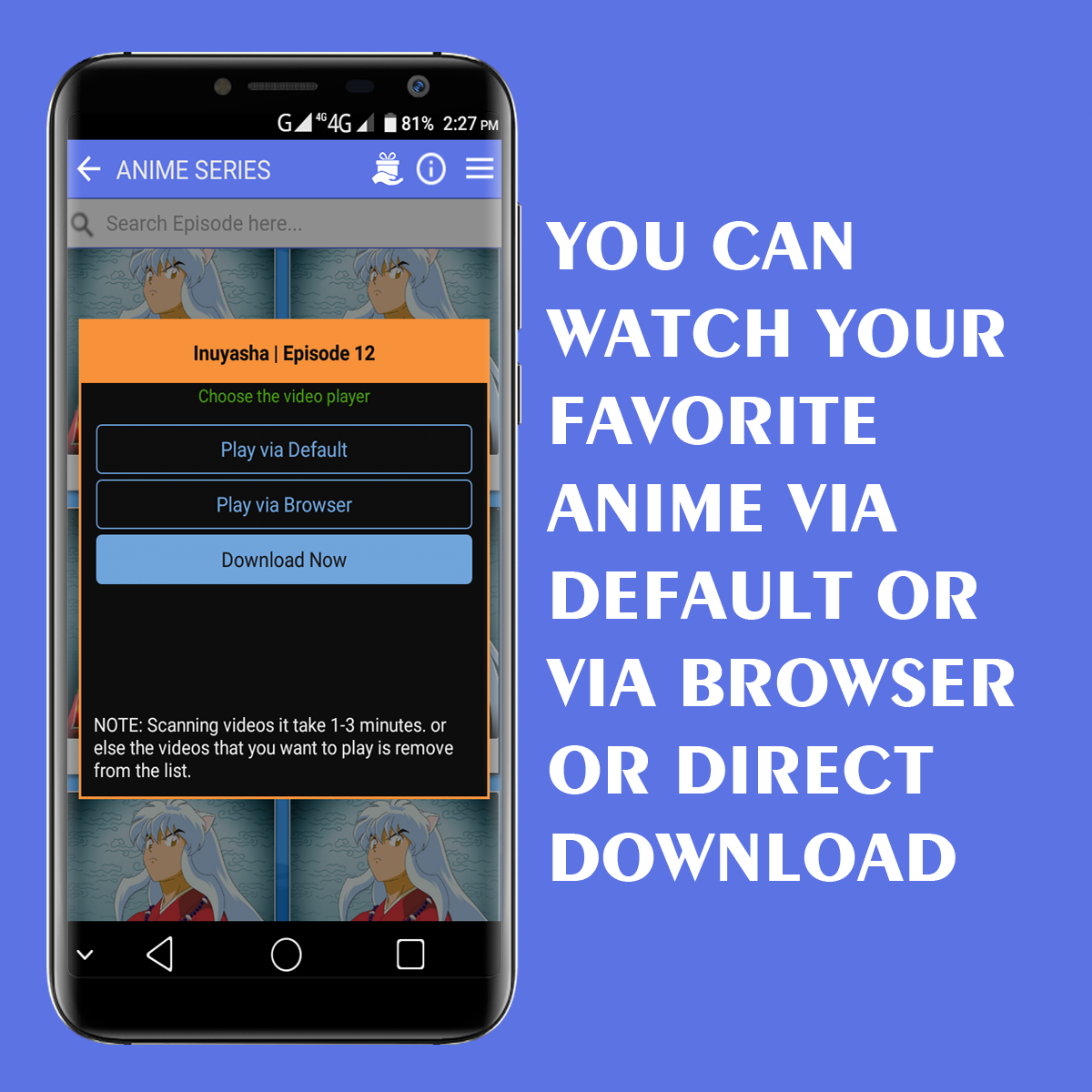 From Hunter x Hunter to One Piece, these anime series have stretched our imaginations as children with relatable characters, who like us, also set out to pursue their dreams despite all odds.;

While we can no longer return to our days growing up with them, trust that the Internet is and will always be a repository of our favorite episodes when nostalgia strikes.;

Also Check: Is It Wrong To Anime

Also Check: What Are Some Good Anime To Watch On Netflix

Q: What Is Your Strategy

Now you can watch your favorite Filipino/Tagalog Dubbed Anime episodes in HD Quality freely on your mobile devices with NO REGISTRATION, NO ACCOUNT, and with NO MONTHLY FEE NEEDED! Stream all you wish with an updated list of anime

In addition to serving as a downloader to numerous sites like YouTube, Vimeo, Dailymotion, and the like, WonderFox Free HD Video Converter Factory is primarily a professional converter. It enables you to convert any video/audio file to 500+ formats and devices, including MP4, MKV, MP3, WAV, Sony, LG TVâ¦ It can also help upgrade video quality from 360P to 720P, 720P to 1080P. All features are very accessible and free to use!

You May Like: Where To Watch Anime In Mobile

Hi! Here is our carefully curated list of the twelve best dubbed anime websites to watch dubbed anime for free in 2021. Time to start hunting!

Donât know where to watch dubbed anime? Try one of our top picks!

Disclaimer: WonderFox does not endorse or advocate any copyright infringement and this guide is for general informational purposes only. We are in no way collaborated or affiliated with the referenced applications/addons. The use or reliance of any information contained on third-party platforms is solely at your own risk.

Many anime have dubbed versions, meaning that the original Japanese vocal track of the anime is replaced with oneâs native language. A dubbed anime can help us get rid of the subtitles and focus more on the picture and the story. If you want to watch dubbed anime online free, here are the 12 best dubbed anime websites that serve a vast selection of English dubbed anime for free. To save your time, letâs dive in!

Free HD Video Converter Factory makes it easier than ever to download any video you want to MP4, AVI, MOV, and so forth, from many sites for free. Get it now to download your favorite anime, movies, shows handily and rapidly.

Recommended Reading: What Order To Watch The Fate Anime Series

Like Yu-Gi-Oh, Cardcaptor Sakurafuelled our card-collecting pursuits because who doesnt take pleasure in sealing magical card creatures like Sakura does with her wand? After accidentally finding and releasing magical cards known as Clow Cards from a book, Sakura Kinomoto was destined as a cardcaptor by the guardian of the cards, ordering her to retrieve the missing cards and defeat the creatures behind them.;

For superfans of the cardcaptor, you might have to wait a little longer for your nostalgia will be awakened once again as Netflix in neighboring countries such as Japan, Singapore, and Thailand is already streaming the show. Its also going live on Netflix US and Canada on 1st June, so ready yourself any time soon and begin dusting off your wands.;

One Piece Monkey D. Luffys quest to find the One Piece

Perhaps the most sprawling anime series of our time, the long-standing One Piece series that started in 1997 is here to grip us with its grand storyline, beginning with Monkey D. Luffys quest to retrieve Gol D Rogers treasure or the One Piecehidden at the Grand Line.;

While sailing the sea, he meets his crewmates along the way: Roronoa Zoro, who wants to become a great swordsman, Usopp, buoyed by his pursuit to become a warrior of the sea, Sanji, enamored by the hidden All Blue sea, and Nami, engulfed by her desire to make a map of the world.;

How To Install Watch Tagalog Dubbed Anime Hd On Your Computer

Installing BlueStacks is a very simple process. All you have to do is download the program from the BlueStacks website and run the file. The installer file is quite large and the engine setup may take awhile.

Once the initial installation process is done, opening the program doesnt take more than a few seconds. when it opens, you will be asked to sign in using a Google account like any Android smartphone or tablet.

During the installation process, you may come across error messages like Hardware acceleration is not available on your system or This host supports Intel VT-x, but it is disabled. Enabling hardware acceleration features help virtualization apps run smoother and much faster apps like Bluestacks are basically running an entire OS on top of your current system.

If you have any questions, leave them in the discussion below.

Also Check: Is There A Danganronpa V3 Anime

How To Convert A Picture To Anime

How Much Do Anime Voice Actors Get Paid