Who Does Fuutarou Marry In The Anime

Who does Fuutarou marry? – The Quintessential Quintuplets

Those who claim Yotsuba didnt have much development must have missed the fact that she kissed Fuutarou 3 times before he chose her! But before we get into the 4 kisses, lets revisit Yotsubas confession, because I believe this is when all the trouble began! And by;trouble I mean Fuutarous feelings for Yotsuba.

Having laid the groundwork, we now proceed to the first time Yotsuba kissed Fuutarou, in chapter 51 right after the quints were debating how to thank him for being their tutor. At first, we get this amusing little scene where Yotsuba imagines giving Fuutarou a medal while her sisters all imagine kissing him!

But it turns out that was just a red herring. Yotsuba was trying to think of a way to thank Fuutarou that did not involve her acting on her feelings, hence the medal. The others werent operating under the constraints of internalized guilt and inadequacy. But Yotsubas been holding back her feelings for a long time, and every once in awhile they breach the surface.

Yotsuba?!? But I thought she was lying when she said shes on my side because she likes me, and now she kissed me? Wait, what?! That was just a thank you? Im so confused!

Who wouldnt be confused? He likes her, but hes dismissing his own feelings due to his initially dismissive attitude towards anything besides academic achievement. More on that later.

After Fuutarou chose Yotsuba and she finally confessed

and after Yotsuba finally puts her feelings of guilt behind her, Fuutarou and Yotsuba FINALLY start dating. And then this happens:

Not only does Fuutarou tell Yotsuba he loves her, he proposed to her and she accepted! Holy shit! These two didnt waste any time! Can it get any more canon than this? Yotsuba with her million dollar smile is the blushing bride!

Can Fuutarou Tell The Quints Apart

The Nakano sisters are each illustrated with different hair colors and are voiced by different actresses so that anime and manga fans can easily distinguish the five apart.

In-universe, however, the sisters are mirror images of each other, to the point that they commonly dress up as each other to trick people and get away from awkward situations.

Even after spending about six months studying with the girls, Fuutarou couldnt identify the girls if they wore identical clothes and did their hair in the same way. Neither could he tell, say, Miku apart from Yotsuba if they wore each others clothing.

Fuutarous inability to identify the Quints becomes a significant plot point later in the series.

Also Check: How Many Seasons Are In Food Wars Shokugeki No Soma

Who Will Be Married To Fuutarou

Ummsoowhy Are People Hating The Ending 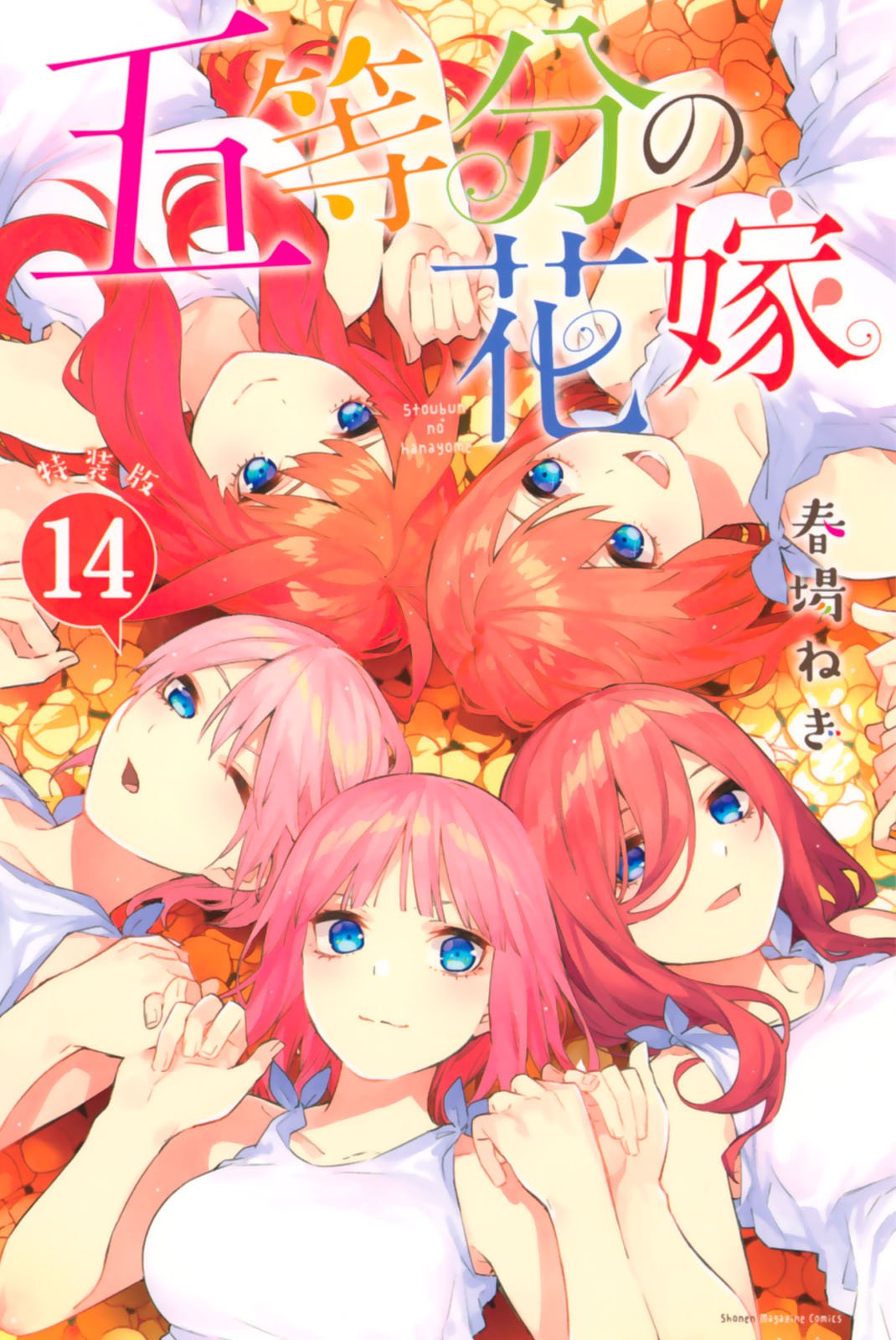 Why Is Rem Best Waifu

Rem is one of the most loyal anime characters ever. As talked about in the points above, she is incredibly loyal even if she knows she will never be as important as her friend Emilia. Her loyalty draws many fans towards her and helps make her even more popular.

In certain anime, harem protagonists are surrounded by a group of potential lovers/friends, but only some characters earn the affection of viewers.

The best harem protagonists each have a quality that sets them apart. This can be having a unique personality, being able to create a harem that exceeds other series, or having everyone in their harem get along with each other. In addition to harem protagonists, be sure to check out the best and worst harems in anime as well.

Don’t Miss: What Does Anime Mean In English

Who Do You Think Is The Bride

Yotsuba Who Does Fuutarou Marry In The Quintessential Quintuplets

1115×1600 – Throughout the series, futaro develops special relationships with each of the quintuplets.

704×495 – Join the online community, create your anime and manga list, read reviews, explore the forums, follow news, and so much more!

5toubun No Hanayome Chapter 117 Spoilers Release Date Digistatement Who does futaro marry in the quintuplets?

Cryptic Oblivion A brief description of the manga the quintessential quintuplets:

4280×1280 – The way fuutarou talked about it in this chapter, he knew about it and yotsuba knew that fuutarou knew.

You May Like: Where To Train Durability In Anime Fighting Simulator

The Quintessential Quintuplets: 10 Reasons Why Yotsuba Is The Best Quint

Yotsuba gives all of herself to everything she does, and that spirit really makes her the best girl of The Quintessential Quintuplets.

The Quintessential Quintuplets;fandom features many;fans who fight over who is the best girl;daily. Some of the characters’ popularity is a given, such as Miku, who gained favoritism from the first season of the anime, or Nino, who people switched over to after her tremendous growth in the manga.

But there;is always one girl who other’s considered the outcast, as she hit the bottom in favoritism overseas. Yotsuba, the fourth sister of the quintuplets,;is this character. But numbers mean nothing – what matters is what makes her best girl material. This list is going to state 10 reasons why Yotsuba is the best quint. And for those who haven’t caught up fully to the manga, be wary of spoilers down below.

Is Nakano Miku A Kuudere

A kuudere is quiet and reserved, rarely showing affection. Miku definitely appears to act like a kuudere early in the series, although as she falls for Fuutarou, she quickly melts into a dandere. Instead of being too cold and timid to speak up, danderes are simply too shy to express their feelings openly to their love interests.

Miku still tends to be subdued around Fuutarou, but dont let that distract you from the things shes willing to commit to preserve her claim for Fuutarous love in the manga.

What Is The Brides Identity

Fuutarou is the protagonist in 5toubun no hanayome, and its difficult to describe his role without giving away any spoilers.

It is revealed that the bride in question was Yotsuba. She hired Futaro to tutor her, and they kissed under a bell five years before their marriage. It has been revealed that they met in Kyoto, five years prior to the beginning of the story and made a promise to study hard for their families.

At the end of 5toubun no hanayome, Yotsuba tried to run away from her future with Fuutarou. What she did not know is that this was all a part of his plan and he loved her like she always dreamed. He had hoped that by denying things for a while, she would not feel the same way. But after he took her to three significant places, they ended up at one of Yotsubas favorite parks again. This is somewhere theyve hung out a lot before.

In the end, does Fuutarou marry Shirase or Miyamori?

At the end of 5toubun no Hanayome, Youtubus dream to be a bride finally comes true. They marry each other at the end of the story and they both remember their kiss afterward.

After much thinking and pondering, we have finally come to know Fuutarous fiancé at the end of 5toubun no hanayome. Did this turn out as you expected? Let us know in the comments.

What Exactly Is The Story About 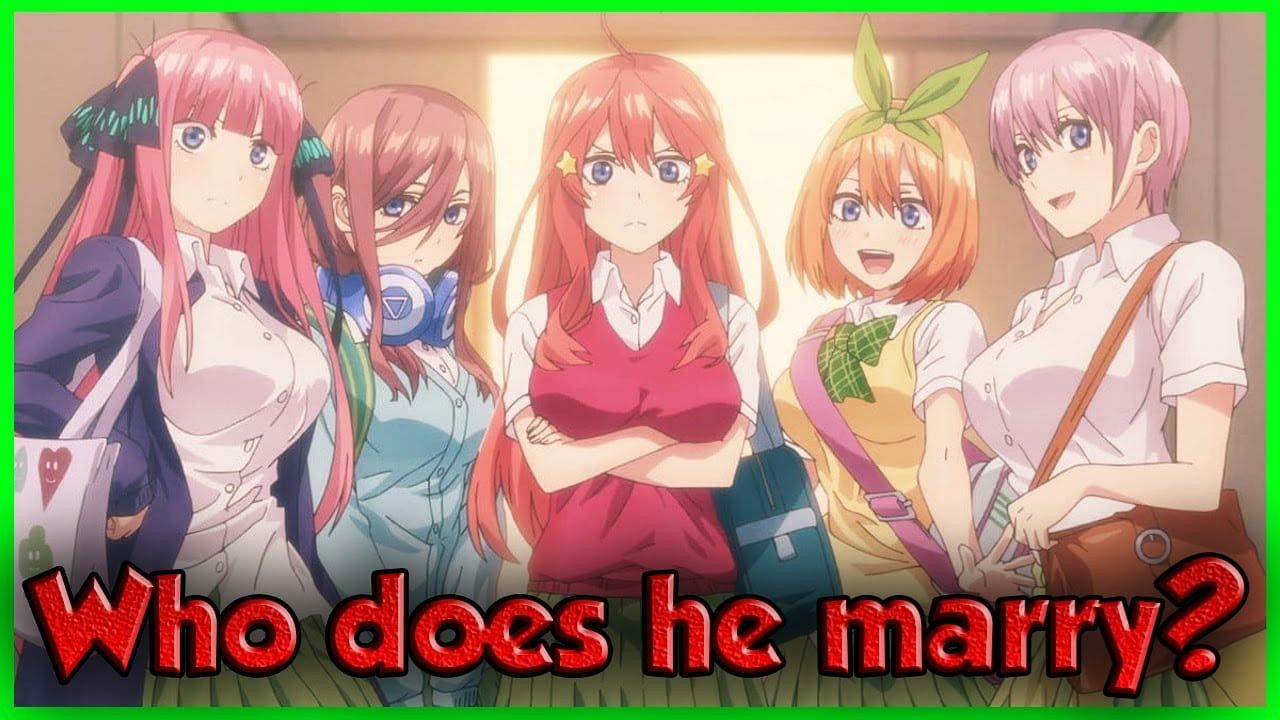 The story does not flow linearly throughout the animation. We first saw Futaro kissing someone under the hood. However, the brides identity has been kept secret and will only be revealed at the end of the episode. The sisters have different personalities, and they are all difficult to understand in their own way. However, one thing is of course very common. They all fail a lot in school and have very low grades.;

Fuutarou accepted the job when he discovered that he would receive five times the normal salary. However, getting all the sisters to accept him as a mentor is a difficult task. The animation takes us through the trials and tribulations of Futaros dealings with the sisters, trying to get them to accept him. Finally, it allowed everyone to start studying, thereby improving their grades. This anime is a bit like a pseudo-harem anime, with multiple partners at various points in the story. However, it is clear that after all, only one bride is destined to marry Nitaro.;

So who is this mystery bride?

The day of somber parting has arrived. Like the divine Biblical trial of incessant rain which was brought to rid the world of its immoral traits, Episode 12 of Go-toubun no Hanayome â¬ rained down upon the audience by disregarding their overwhelming desire to avoid it and mercilessly facilitating its story.

For those reeling from the grim tone at which Iâm presenting for this episode, I stress that you guys donât fall into complete despair. My dismal expression is but a reaffirmation of what I professed eleven weeks ago regarding how fans will confront the storyâs ending. Regardless, them feeling discontent by the occasion should come as no surprise. Instead of preparing for the end while remaining aware of the âtemporary happinessâ they were enamored with during the showâs airing, they opted to frantically fresist the impending reality by conjuring an impossible fantasy.

But despite the dejected atmosphere that was brewed by Episode 12, fans can still take solace by the one vital thing they can possess out of Go-toubun Season 2 for long into the future: the fond memories they created while viewing the show. Not only that, this series will continue to breathe life indefinitely so long as the fandom does the same and newcomers discover its material regardless of media.

Just one more go at this show. One final viewing. Letâs do this.

The girl with the biggest character development, indeed, Nino is the most motherly of all of the five sisters. Though Ichika takes on the leader of the pack, it is Nino who cares to each of them to the point that she always carries a bandage if one of them gets an injury. Her personality makes her such a good tsundere.

The middle-most sister, shes blunt and easily embarrassed. She did not fall in love easily with Futaro but when she did, she made sure he hears it by doing it twice. Shes really that determined to have Futaro. Also, shes a great cook. Maybe she can get the guy through his stomach cause isnt that the best way to a mans heart?

Could Nino be the bride of Futaro?

Read Also: Is There An Anime For Danganronpa 2